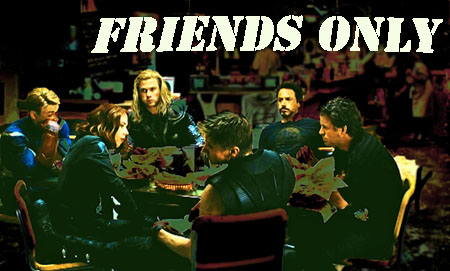 If you're here for my fanfiction, fan art/graphics, and reviews or stray thoughts about fiction and media, have no fear: it's all unlocked and anyone is free to friend this journal with or without asking first.
If you'd also like access to my personal blog, containing travel diary entries, pictures of my pets, and (potentially) original art and fiction, comment here. Off-duty superheroes get in after hours.

Chapter Title: Daughter
Author: Kairos
Wordcount: 1819
Fandom: The Lion King (including the 1994 movie, its sequel Simba's Pride, and parts of the spinoff cartoon The Lion Guard)
Characters: Simba/Nala, Kovu/Kiara, and a slew of OCs
Notes: Was finally inspired to get started on this thanks to that commission I showed you. I'll keep posting it here if anyone is interested in reading it here; if not, I'll just leave this chapter up and put any further ones exclusively on Ao3.

What happens when you watch The Witcher with your organist husband 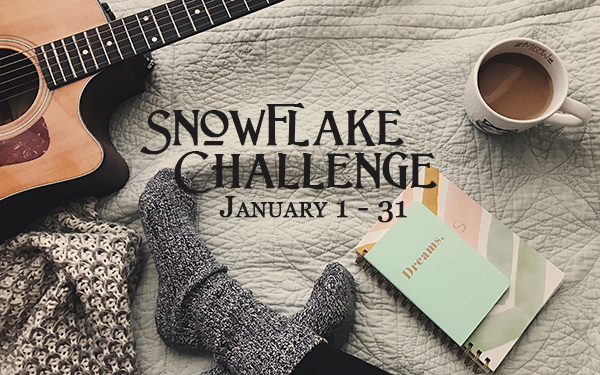 Commit an Act of Kindness (or two or three ♥). Leave a comment in this post saying you did it. Include a link to your post about your experience if you feel comfortable doing so.

I filled two drabble requests from my last post (but if you still want to ask for something, sure, why not). Thank you,

This is, by the way, after I skimmed through all of the Snowflake wishlists and couldn't find one that fit my fandoms and skills, and also after I completed a small oil painting to mail to a friend and then decided that I wanted everything Snowflake to be for fandom. But the motivation for the latter was something I really needed, so I'm counting that as an extra win.

Taking drabble requests until I'm not. If you follow me or if you found this post then you share at least one of my fandoms so I won't bother listing any.

I wasn't expecting much from Lady and the Tramp on Disney+, but I knew it would have talking animals and there's a place in my heart for the original, if not a big enough place to have rewatched it in the past ten or twenty years. Also, it starred Tessa Thompson, who I thought was Lady's voice but actually turned out to be Lady's owner.

So I have to say it pleasantly surprised me. What was changed and what was kept for once made perfect sense, and it had the kind of innocence that a lot of modern cartoons have lost. Not just generic sweetness, but evidence that it was truly made to entertain young children, and not to lecture them or to wink at their bored parents.

My guess is that the biggest challenge with this kind of plot is explaining the relationship that sentient dogs, capable of romance and comprehending freedom, would have with the humans who keep them as pets. The original could afford to just gloss over it, since that's what we expect from animated classics, but the remake solves it by subtly building an alternate universe around the dogs. The setting looks historical but isn't, the dogs consider their owners as family but can also form families with other dogs, and everything is kind of charming and dreamy with no such thing as serious crime.

On the human level, the Aesop is that pets need to be loved and included even after a baby becomes the first priority. On the dog level, the Aesop is that you don't need to be the center of someone's world to be happy. I can't object to either of those and I doubt the original managed to lay it out so clearly for young minds. One thing I do remember about it is how incredibly confused I was as a child when Lady's neighbor dogs both offered to marry her. It's not that those themes are too adult, they're just too human. The new Tramp is less of a cad and there are no puppies at the end, so it looks like he's been responsibly neutered. Hey, that means a sequel wasn't set up, hooray!

You'll be happy to know that the weird Italian chef who decides to serve and serenade dogs in his back alley is not only present, but has a junior employee who is equally weird, and it's adorable.

So yeah even the music was pretty good. The "We Are Siamese" scene was admirably replaced with tabby cats and a catchy tune that I may actually have to look up so I can hear it again. (If you're wondering about my icon, my view on offensive stereotypes in old movies is basically that what's done is done. Enjoying the clever villain song from the 50s won't hurt anyone, but remaking the same song for a new movie would be unforgivable -- especially when all that's needed for the scene is a couple of evil kitties trashing a house for fun.)

And of course the doggos are precious. I hear Tramp was played by a rescue mutt, and he looks it, but he and all the others performed like pros, and the CGI backed them up just enough.

Don't expect this to be your new favorite Disney movie, but if you love dogs or if you've got a child to keep busy for a couple hours, go for it. 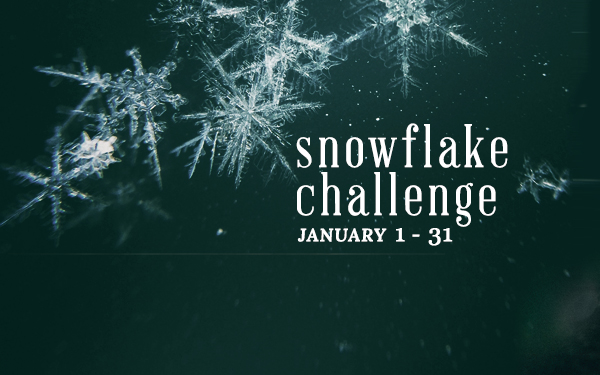 In your own space, recommend a fannish or creative resource. Leave a comment in this post saying you did it. Include a link to your post if you feel comfortable doing so.

This falls under the kind of advice that's so obvious it's embarrassing to call it advice, but I keep noticing that some fanfic writers, especially younger ones, don't do it: read books. I mean fiction or nonfiction of any genre, whatever piques your interest, even guilty pleasure novels or ones marketed to children. Practically anything that was written as leisure reading is a resource.

Yes, TV sometimes has better writing than books, but watching it doesn't allow you to absorb the mechanics that make it work. Yes, fanfiction can be of higher quality than published works, but by its nature it leans on a source that someone else wrote. Only books have the whole package, and the more of them you read, the more your own technique improves.

Probably not quite what this challenge was asking for, and I know it makes me sound elitist, but I stand by it. Anything to get people to read more.

I made my resolutions post kind of late in January and I haven't had much time to work on anything but I'm not sorry. At least I've got some good books going:

Reading
I think I finished A Memory of Light around the turn of the year, and I've been chewing on it since then. No more Wheel of Time...at least until I start jonesing and decide to give the prequel stand-alone a go. I should have done a long post about it while it was fresher in my memory, but I'm sure I'll have plenty of opportunity to return. In brief: I loved the finale. I thought it was brilliantly done, full of twists and surprises, true to the characters and to Jordan's legacy.

The only other one I actually finished was Art and Fear. It was decent but in my opinion, if you want a book to help you deal with your blocks, The War of Art is better. This can count as one of the authors I haven't read before, but that resolution is kind of a gimme anyway.

Also made progress in The Unexpected Enlightment of Rachel Griffin, The Iliad, Because Internet, and two poetry collections, so I should be on track for my two-a-month goal. 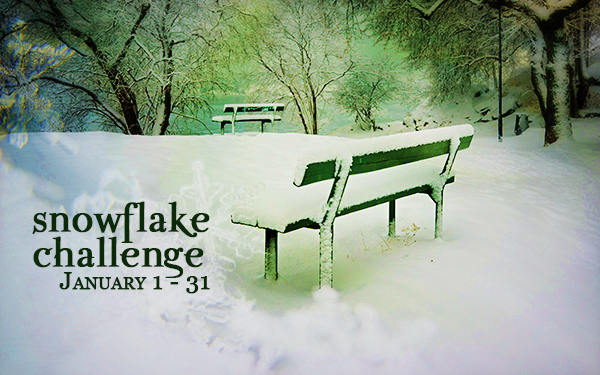 In your own space, talk About A Creator/Someone Who Inspired You. Leave a comment in this post saying you did it. Include a link to your post if you feel comfortable doing so.

Oh look it's another opportunity to think outside my box. Don't want to do a fan creator or friend this time, since I'd be bound to leave out someone important, but how to narrow down all the creative minds behind the published fiction and art that left their impressions on me? Where's the distinction between loving someone's work and feeling inspired by it?

And then I was like, AHA! Let's go way back: before I knew I wanted to create anything, I knew I loved dinosaurs. You know who was way ahead of me on both counts? James Gurney, author and illustrator of the Dinotopia series. It doesn't always occur to me when I'm thinking of my favorites, even my childhood favorites, because I'm mostly about characters and the appeal of his work is almost 100% setting.

What I didn't realize right away is that the setting is probably 100% an excuse for glorious artwork. The work that this guy put into his illustrations is staggering: epic, hyper-realistic scenes of sentient dinosaurs mingling harmoniously with diverse humans. He included details in the backgrounds and clothing and accessories that evoked a unique culture. He paid attention to practicality and the laws of physics. He sculpted his own maquettes of his characters before painting them, to get the lighting and perspective right.

The textual descriptions and blurbs that fill out the books are a nice bonus, but there isn't all that much potential for stories about a single island where prehistory doesn't apply and everyone lives in peace: it's clear that it all started with images in an artist's head. Gurney must have just really wanted to paint some fantasy art featuring extinct creatures, so he did. He did it so well that a world took shape and people from the real world wanted to move there. Now that's inspiring.

So you know how I keep saying I'm going to write a Lion King fanfic? I haven't gotten started on it yet, but a couple months ago my favorite fan comic artist had commission slots open and I really wanted one but didn't have any current OCs that I thought fit her style. I decided to go with these two, who had hitherto only existed in my head, and the artist designed them for me based on a brief description.

The lioness was going to be named Askari, but that got taken by a character in The Lion Guard. Lomela is the name of one of the lionesses at my local zoo, and I think it fits. The leopard cub is Paka.


Special One by albinoraven666fanart on DeviantArt

What do you think? Pretty adorable, huh?
Collapse